This walk began with a final view of the Rannerdale bluebells which were beginning to turn. I was disappointed by the number of newly trampled bluebells to create new paths just to get a different view. It’s a fine balance of wanting the volume of visitors to beauty spots while gently controlling them. It’s the lack of consideration of some people and one I don’t fully understand. You take the time to see them so there’s some love of nature in there but then you trample the very thing you’ve come out to see. You enjoy the fells, the outdoors, the nature, carrying full lunch packs then suddenly become lazy and throw away the packaging and act like you don’t give a damn about the fells or the outdoors or the nature.
TAKE YOUR LITTER HOME! 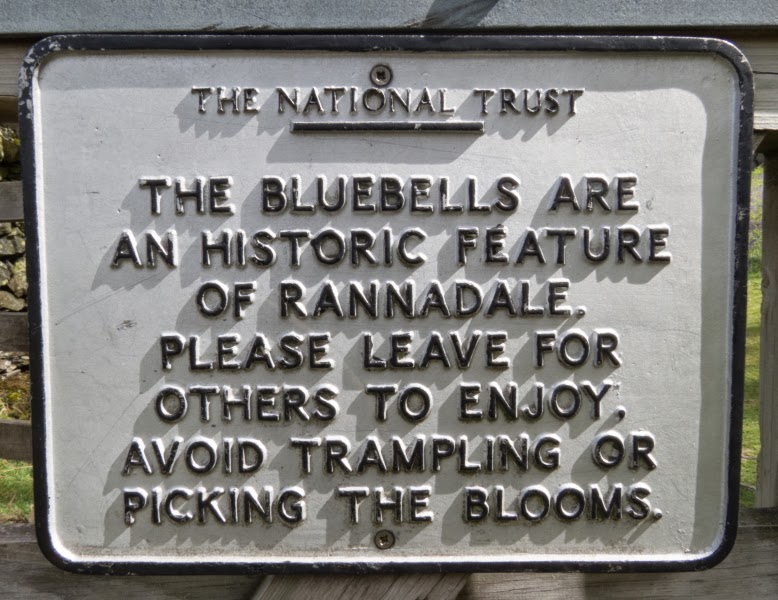 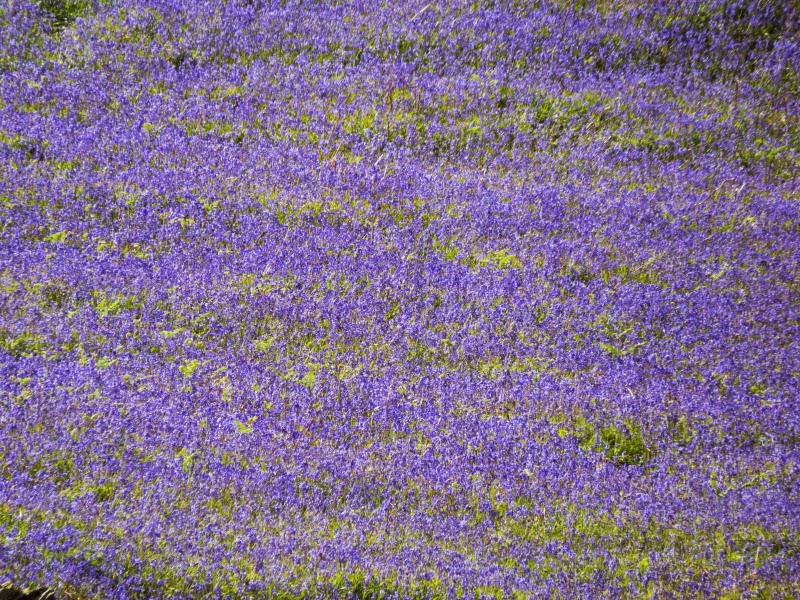 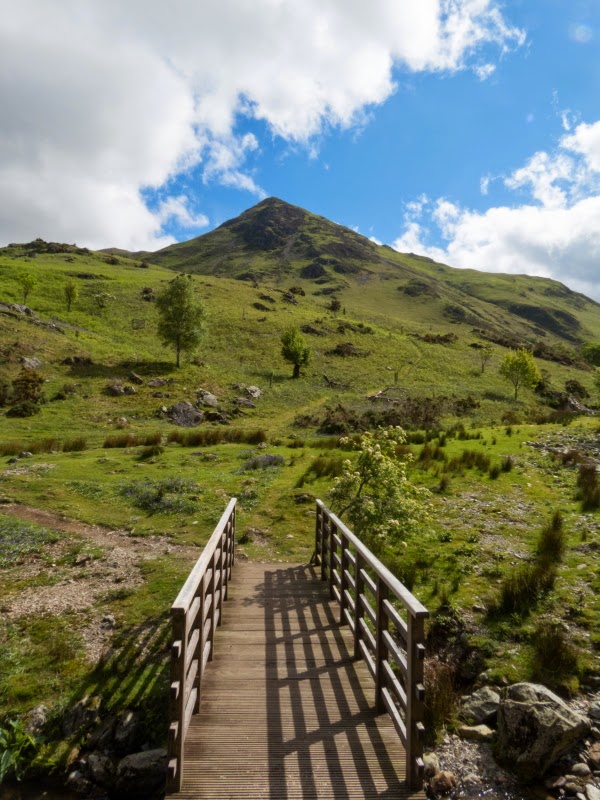 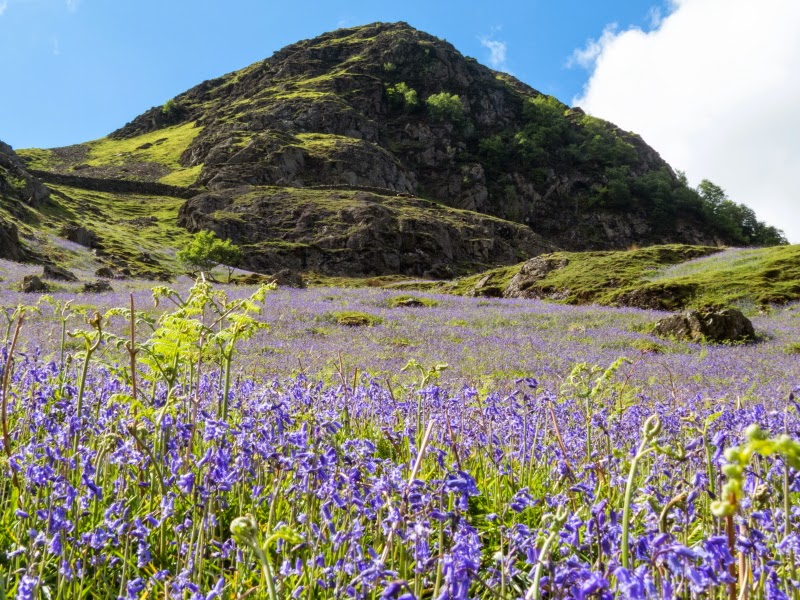 This time I began my climb up the front of Rannerdale knotts, the first half made simple with some easy steps. An orange butterfly lying in the sun immediately caught my eye. Not sure what it was but I needed a Dulux celebrity colour chart to get the right shade of orange so I could consult the guides when I got home. The only identification I could make out was that it was more butterfly than moth. I reached for my camera only for it to fly off as a mean little spider attacked it then randomly attacked my boot obviously quite hungry and delirious from the heat of the sun. I focused on the little critter but not liking the taste of suede scurried under a rock. I realise this is all meaningless without photos so let’s move on...

Along with the Chris soundy-likey Cuckoo, there were a number of other bird songs I wasn’t familiar with; I really needed a bird app. I think many of them have a playlist of tunes depending on their mood and activity which doesn’t help.  After seeing Springwatch I swear it was a Nightingale but even though it can be a vagrant they live predominantly in the south of England so it’s very unlikely to be one.  And if you hear one sing it will mainly be in the evening and will actually more likely be a Robin (apparently they do call in the evening/night). It was also amazing to watch how the Cuckoo removes the poisonous innards of the hairy caterpillar before eating. Watch out caterpillars!


As I started to climb Whiteless Pike it was interesting to see the Knott Rigg-Ard Knotts ridge from the other side and to see the whole ridge route from the previous walk.

Continuing up the ridge, the path lead off to the right and up to Wandope. The top was wide and flat with paths taking you up to Grasmoor and across to the peaks of Grisedale Pike and Whiteside.  I kept to the quiet narrow path that lead around the summit of Crag hill as the views down Scar Crag looked more interesting before scrambling back up to the wide flat summit. Crag Hill isn’t a Wainwright but the crag some 32m lower down looking towards Grisedale Pike is so I wandered down to it. 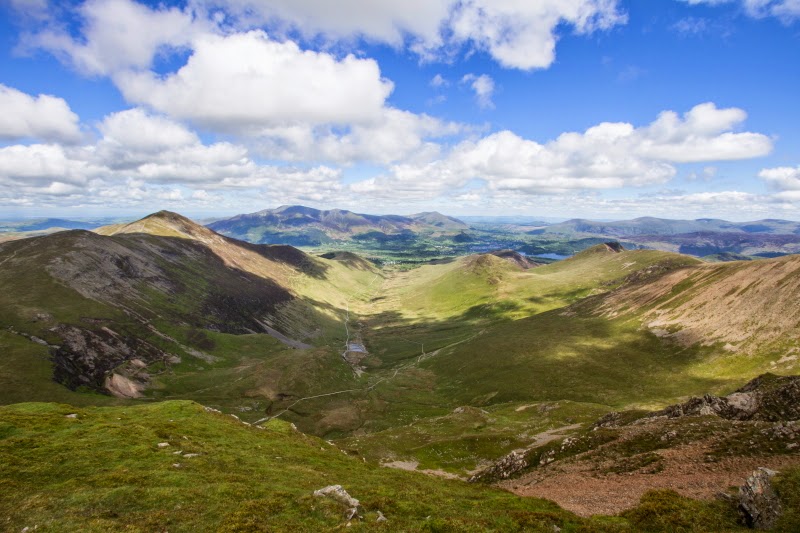 As it was lunch I returned to Crag Hill summit and over to the other side and perched on a ledge for a snack while I looked down to Sail and thought about the way ahead. The drop down was a little further than I thought so decided to stop there. The plan was to include the Causey Pike-Barrow loop but that would have meant ascending/descending twice on one of them and also seriously underestimating how long a walk up the road pass to Rannerdale it would have been.  I decided the best way to do it would be to drive round to the base of Causey Pike and start the loop from there. So that’s what I did... 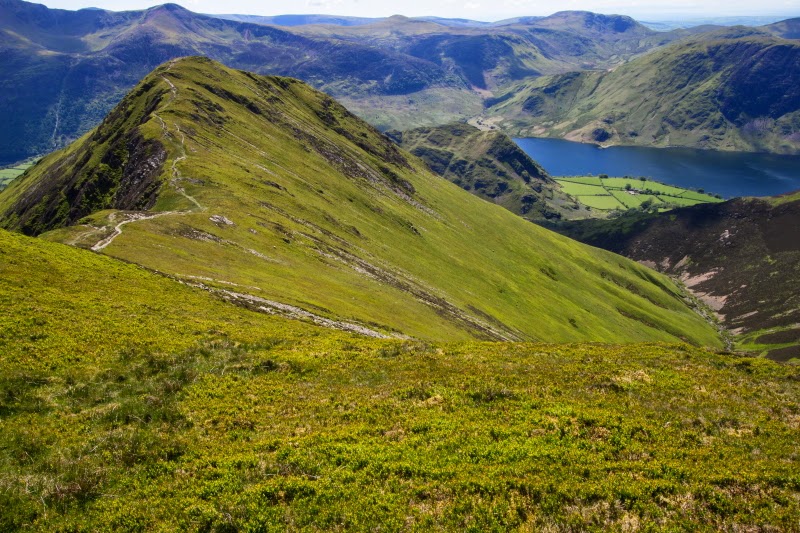 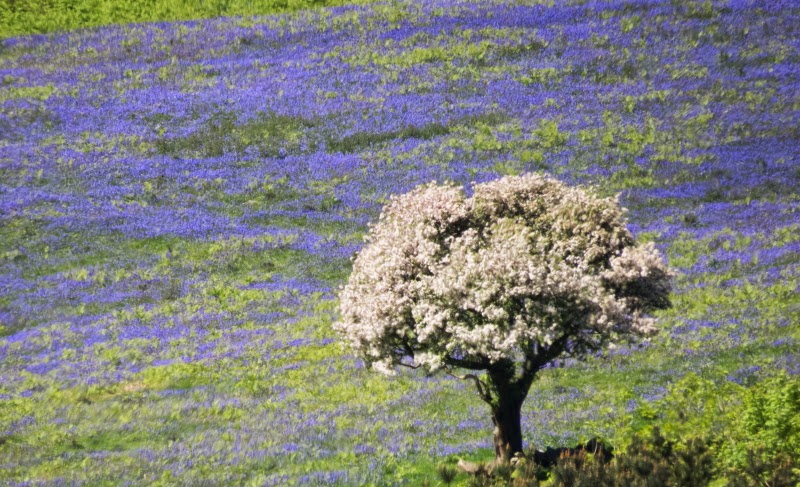