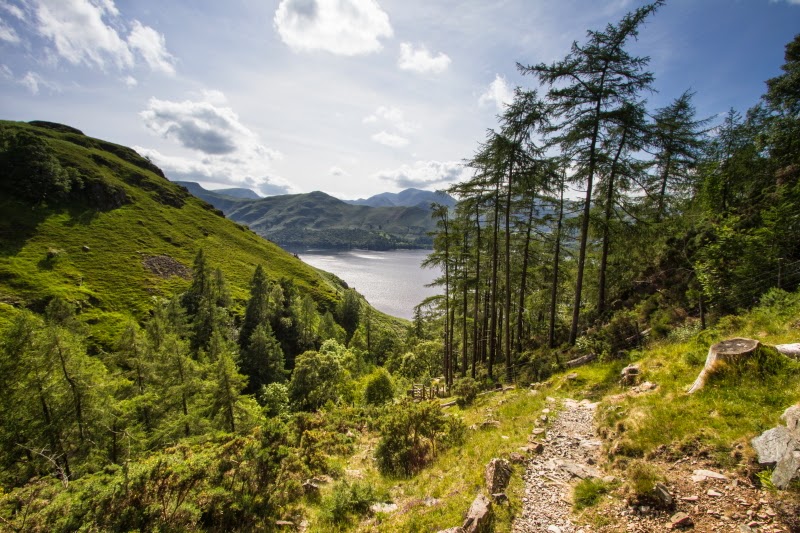 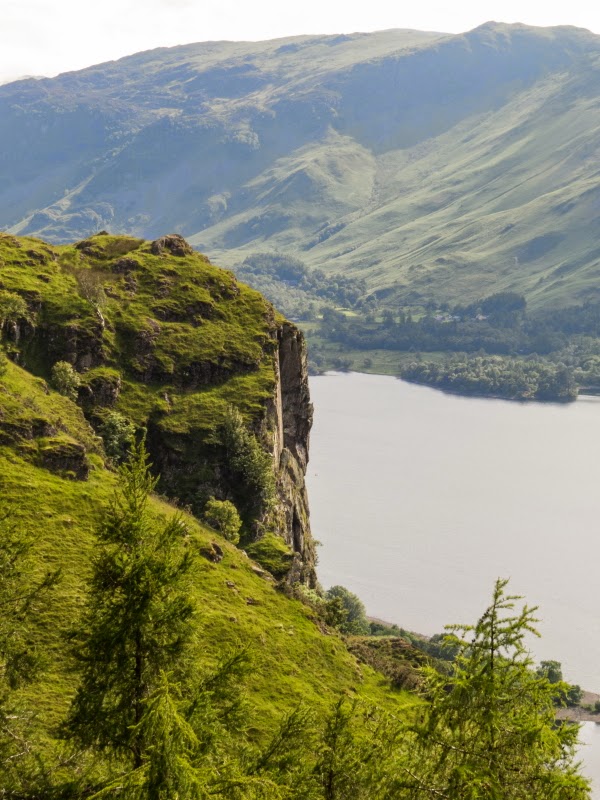 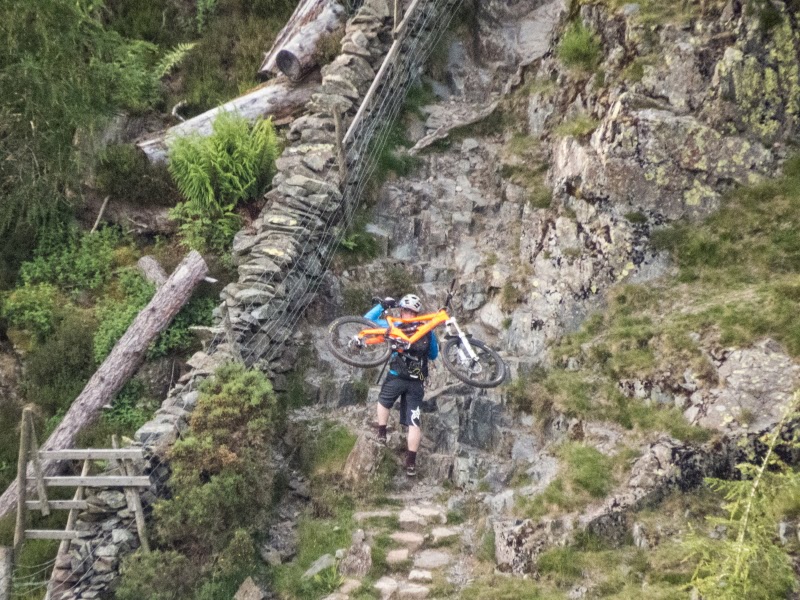 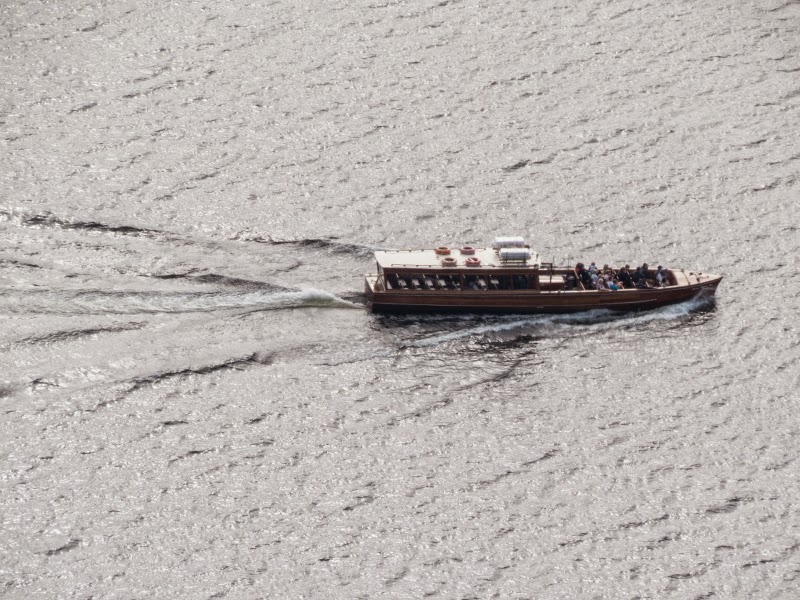 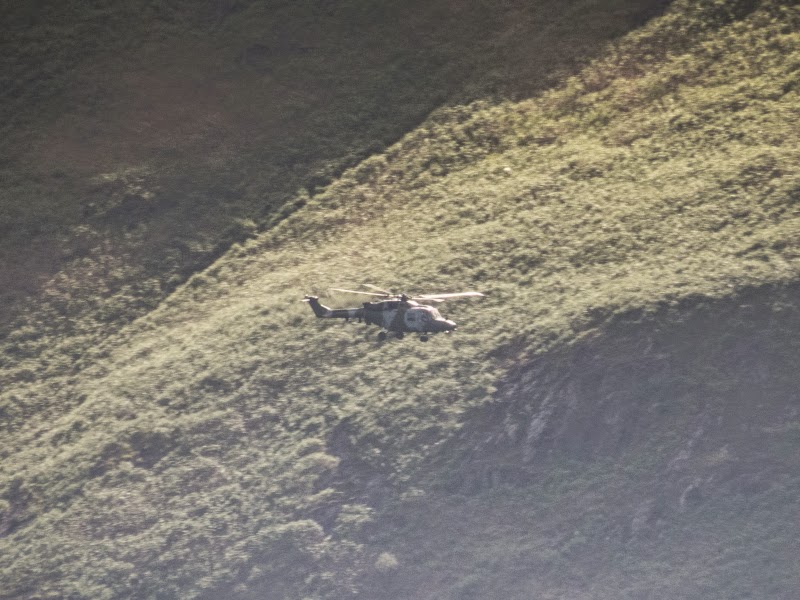 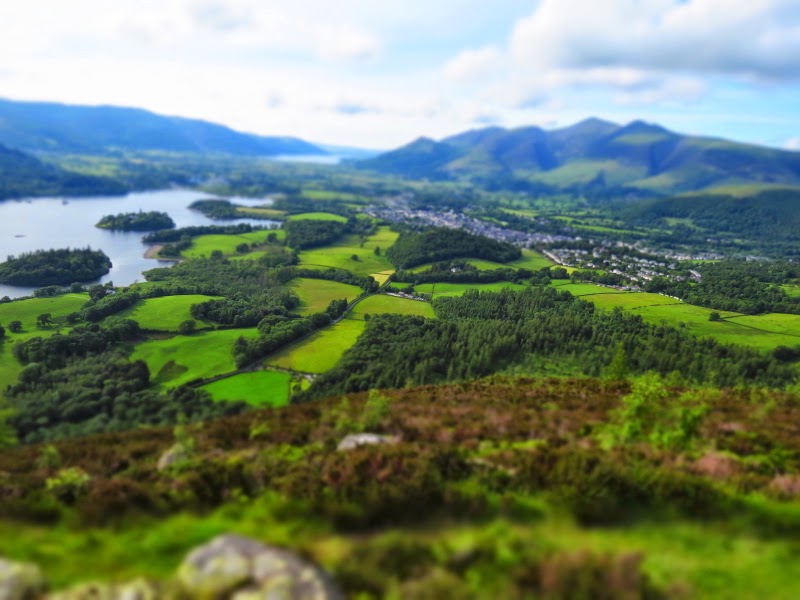 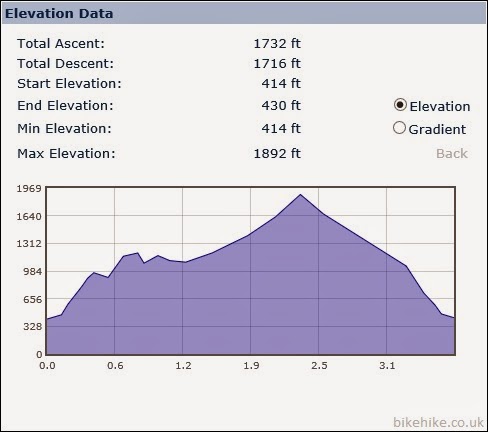 Posted by FellRambler at 19:41 No comments:

For my next walk I chose the classic and old favourite of ours and indeed many visitors, the Langdales Pikes. The large NT car park and two great pubs make it the obvious starting and finishing point. It’s a popular location for Ghyll climbing and I’ve seen many schools and college minibuses from all over the country. Today wasn’t a warm sunny day for it but a cloudy drizzly one but I guess it doesn’t matter all that much seeing as you are scrambling up rivers. As Beth says it doesn’t matter if it rains when swimming in an open air swimming pool, you’re already wet... 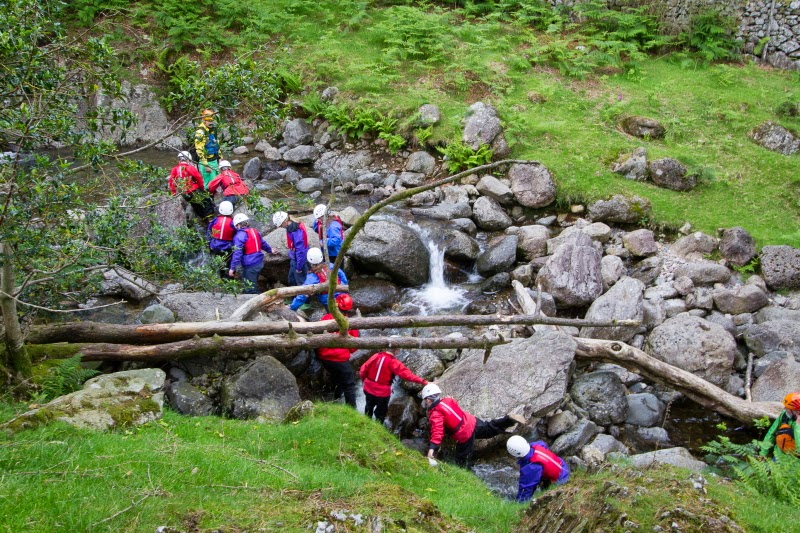 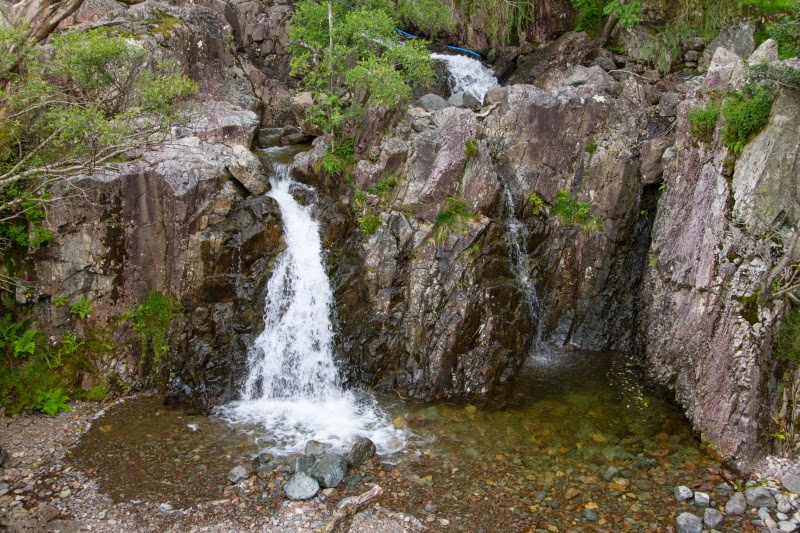 I started the steep accent up the well paved path following the ghyll up to Stickle tarn. There was one tricky section near the top but this has since been made easier by adding stepping stones across the stream.
The peaks of Harrison Stickle and Pavey Ark rise above you as you reach the tarn.

Here I sat on the wall and looked up at mountaineers climbing up the crags of Pavey Ark and on to Jack’s Rake, a tricky diagonal climb up the top. 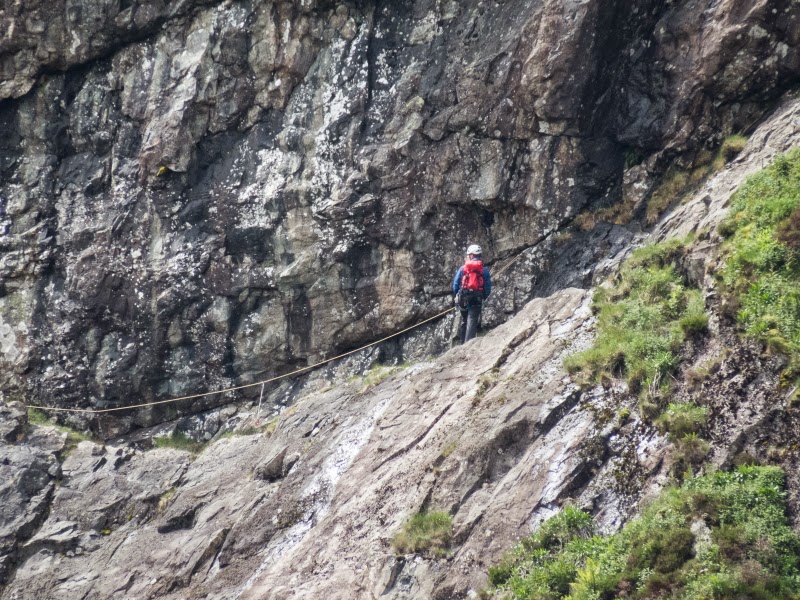 There has been controversy in the local papers recently reporting a number of fatalities going this way and there had been a call for signs warning you of the danger. Extra care and concentration is required here. I suspect most incidents were on the way down, I can see this as being dangerous as there's a difficult traverse half way. 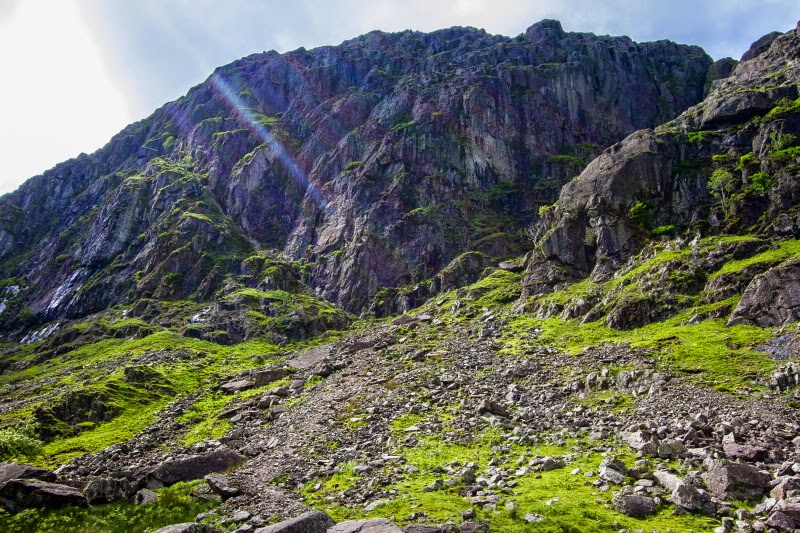 I got to the base of the path just as it started to rain. Great, not what I wanted, the already smooth rocks now had a stream down it. 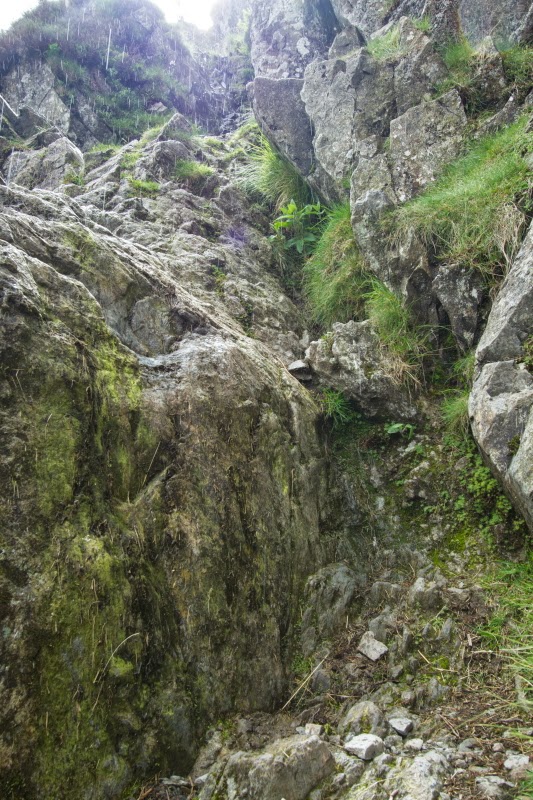 I paused with a furry creature also having a climb, luckily the rain was light and stopped very quickly.

I eventually passed the climbers as they were tying up their ropes but they soon bounded past me as I got to the trickiest part. There’s two ways of getting up either up the narrow gap on the right and drag yourself up or the 8ft smooth rock on the left. This had two tiny foot holes way too small for my 12 ½ boots so I had to drag myself up. 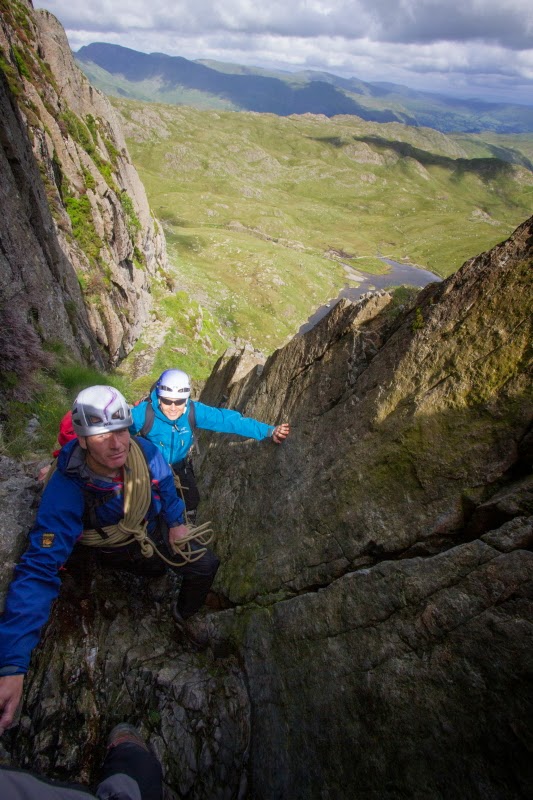 After a pause and admiring the tarn below I carried on up, this is where the path disappears and you make your own way up the smooth rock. 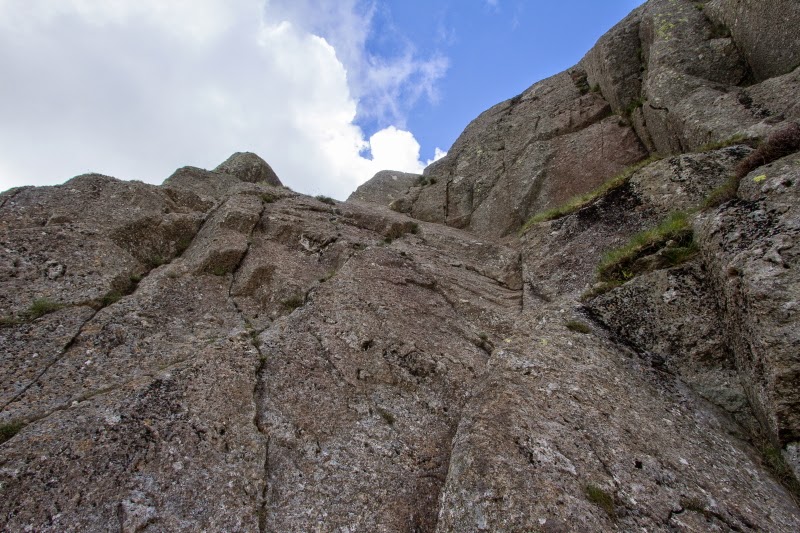 I was surprised how the time had flown so I continued to my next peak. Luckily from here the next 4 peaks of Harrison Stickle-Loft Crag-Pike o’Stickle-Thunacar Knott were quite easy with little accents, it was only the boggy ground in the centre that slowed me down. This is where there aren’t any paths, well the ‘paths’ that lure you in are in fact streams flattening the grass, don’t get drawn in and maintain a wide birth around the edge. 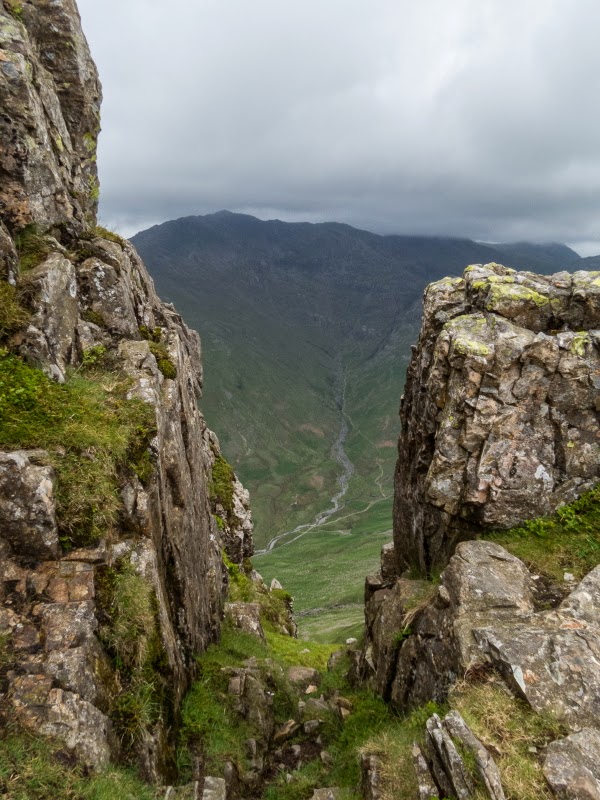 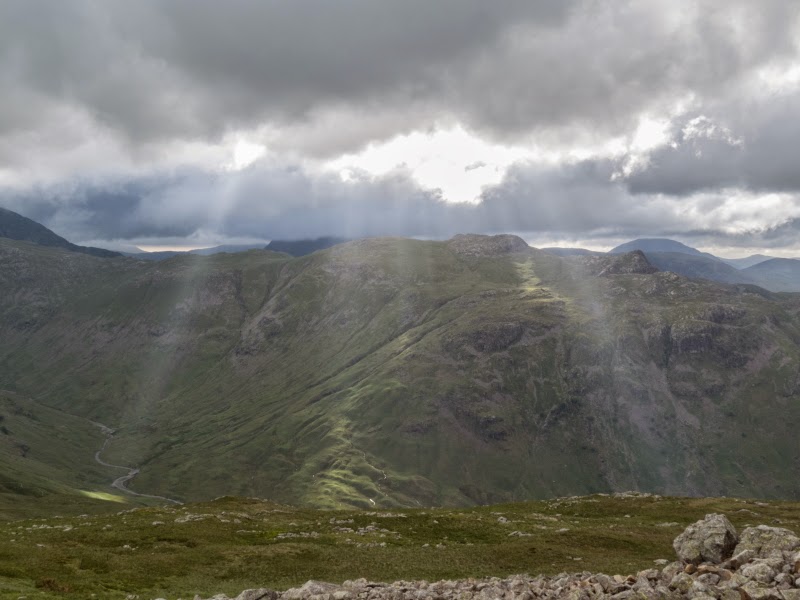 The clouds looked quite threatening throughout the day but luckily hadn’t really rained, instead allowed sun beams to shine through. I reached High Raise shelter and as I stopped to take pics of the rays I met the only other person up there.  He had come up all the way from Walla Crag to Ullscarf but ‘just kept on going’. Oh so easy to do!

Then he said something spooky. Something I’ve been having discussions with myself on the last few hikes. The reason he kept on going was because he was going to the next cairn but was this a cairn or a pile of stones? It’s not just me then I thought!

I don’t look at the maps at great detail all too often so only just realised that there are indeed the words ‘pile of stones’ marked all over the map. I do see many that seem unnecessary even for winter walking so sometimes it’s hard to tell the difference and their purpose. I might do a "this is a cairn or a pile of stone" photo competition. 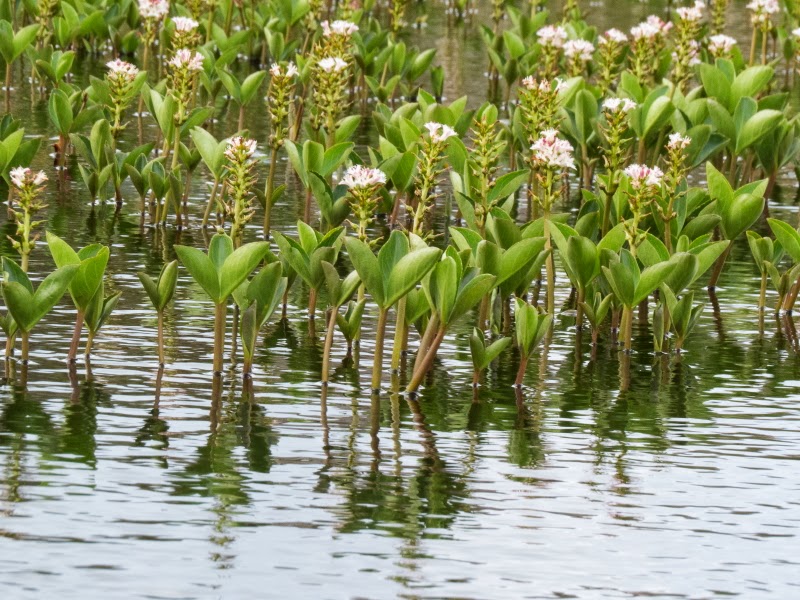 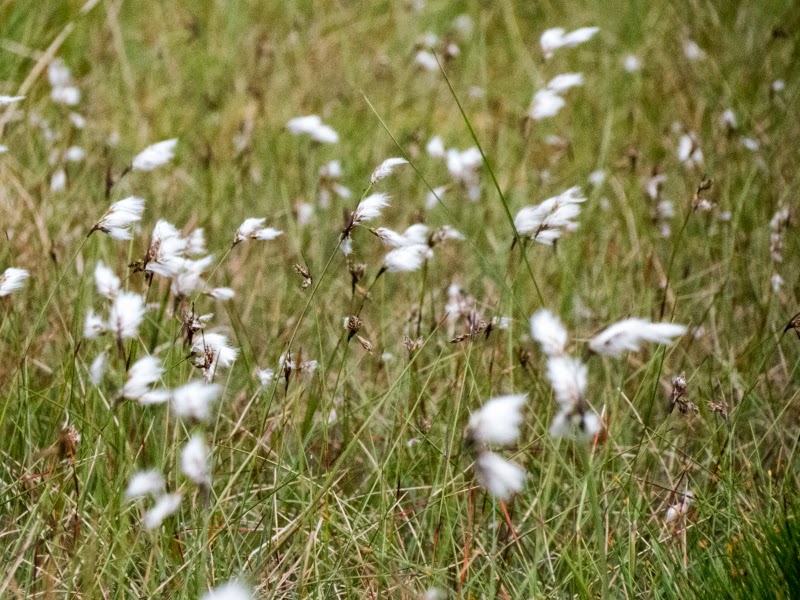 On the way to Sergeant Man there was a lamb and a metal post, nothing too unusual about that you’d think but they were having a stand-off. A Cumbrian stand-off? A staring match perhaps, one the post was going to win but I admired the young-un’s determination. I stopped for 5mins to watch, both tough competitors, none backing down. I could see this match going the full 9 rounds so I carried on my way. 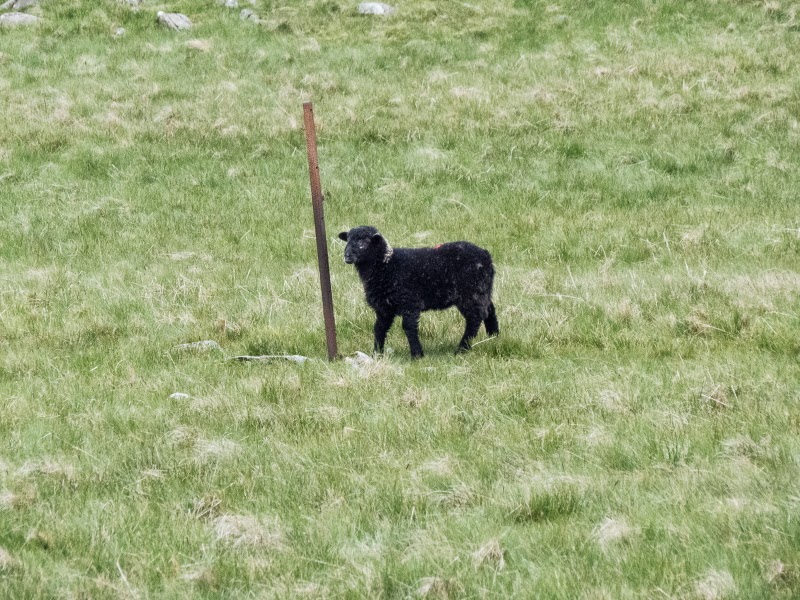 The way down to Tarn Crag was a little trickier as it was just open boggy moorland. Walking over the top of the crags I reached Tarn Crag with a view down to Easedale Tarn. I then dropped down the side to Codale tarn where again it was very boggy. Reaching the path up Blea Rigg made it much easier and quicker. The official top was further along where a path loops round the rocky ridge. 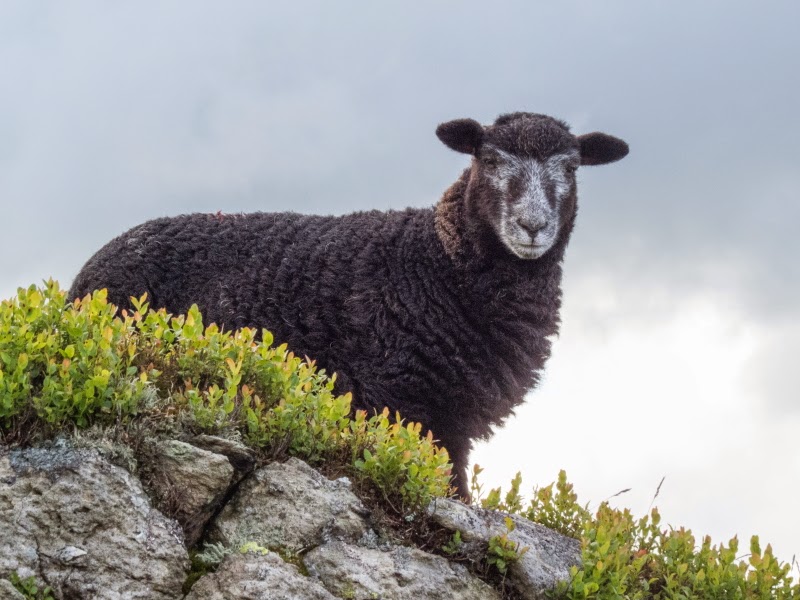 I then noticed heavy rain moving up the valley from Grasmere so it was time to go! I couldn’t find the direct paths down to Stickle Tarn but rather than take the long path round I went off path; bit of a mistake so many ups and down but at least it took me to this view I would have missed before heading back down Dungeon Ghyll... 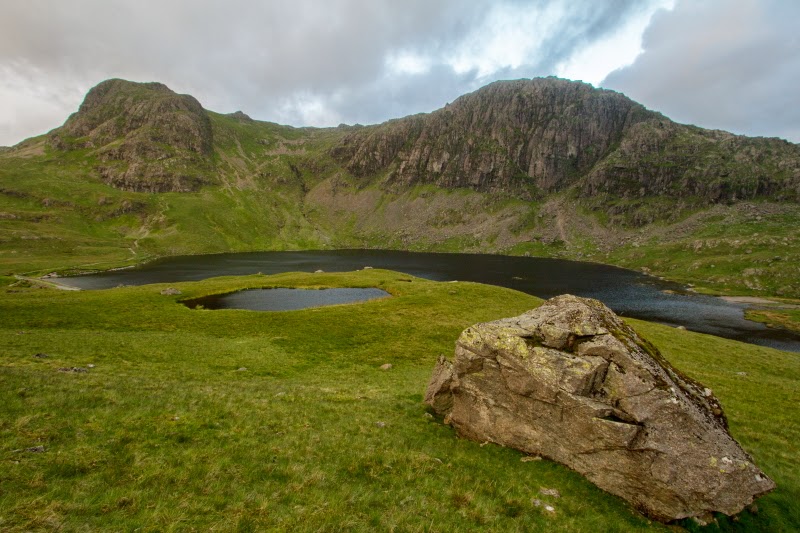 And here's a few photos from a walk there a couple of weeks previous. 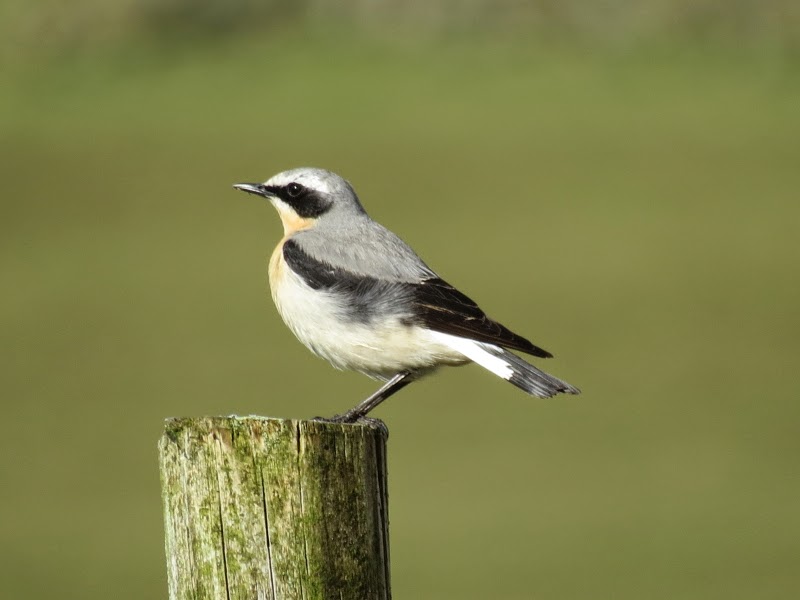 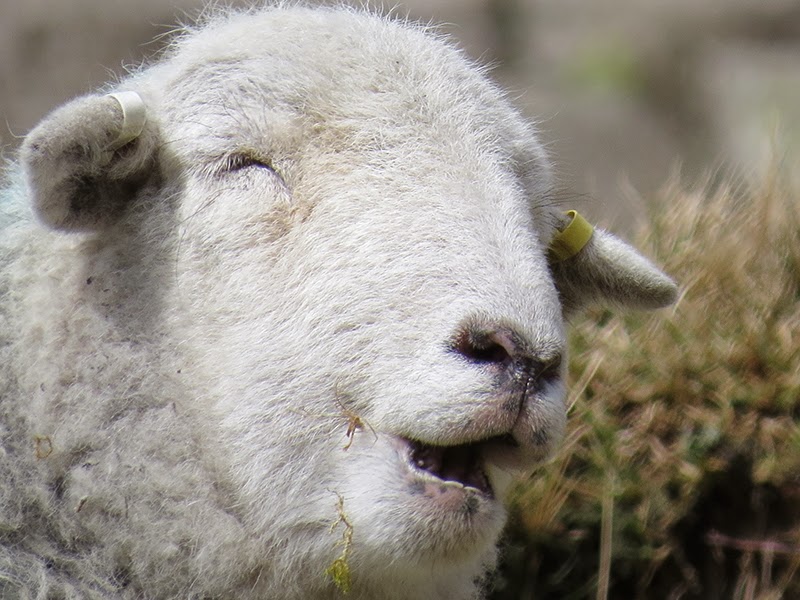 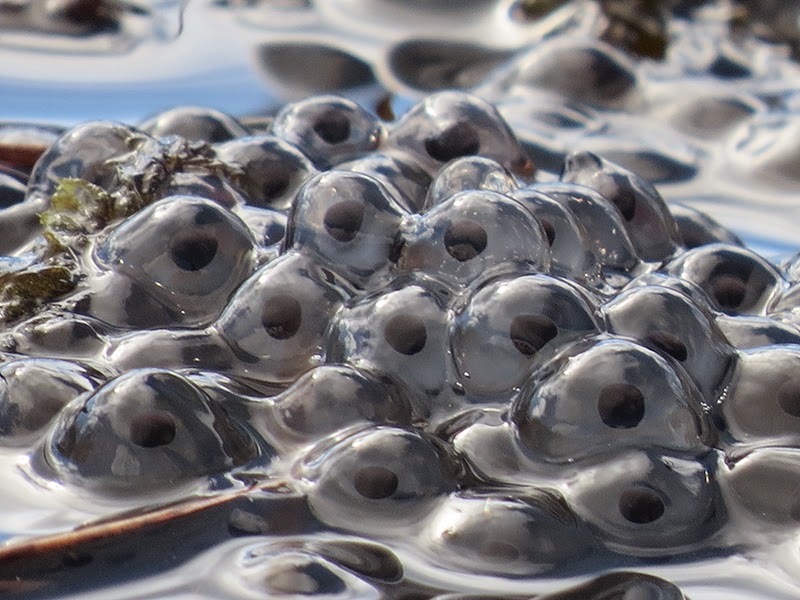 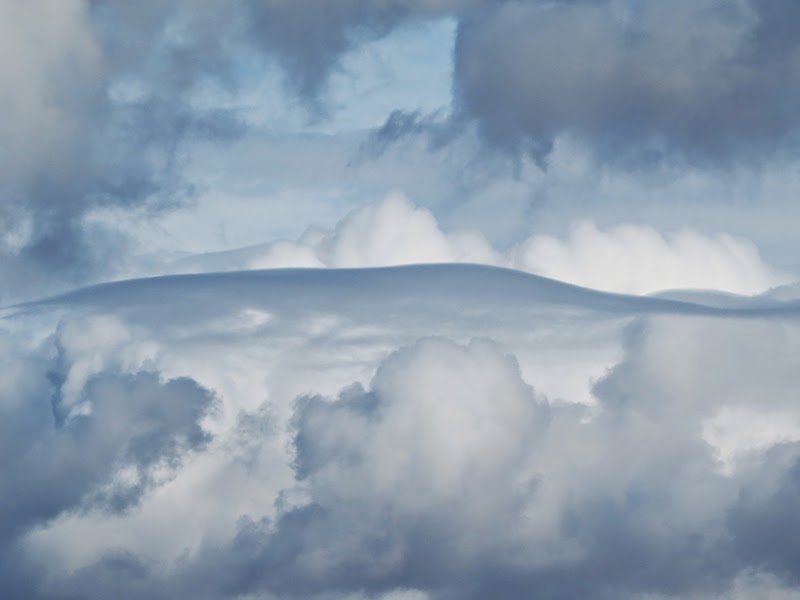 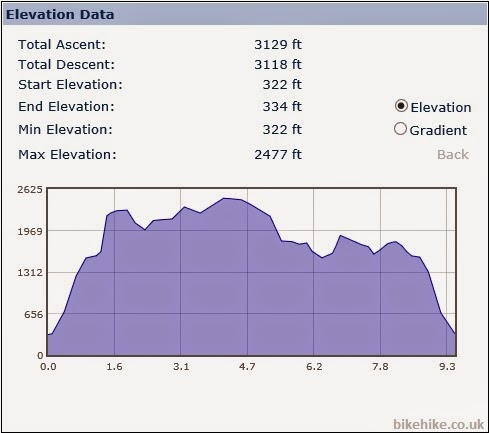 Posted by FellRambler at 18:58 No comments: