I love the smell of burning disc brakes at around lunchtime

While we were away on our snowy adventures on Snowdon and seeing all the snowy fell photos back home, I fancied getting up them. I also fancied a bike ride around Thirlmere before the busy roads re-opened and now that a section of path has been upgraded to a permanent tarmac track. So I thought I'd combine the two.

Now I was going to start from the base of Dunmail for the sake of completion but I didn't fancy it first thing. 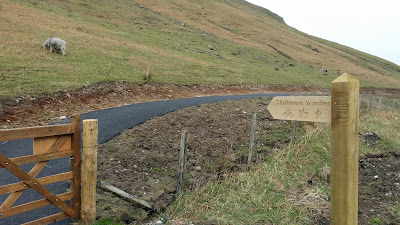 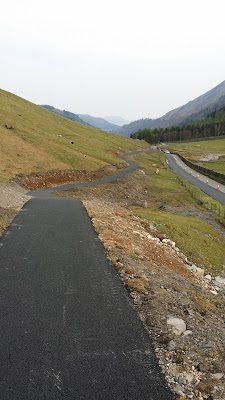 This is so much better than the boggy path that was here previously, and now makes getting to Keswick a lot easier 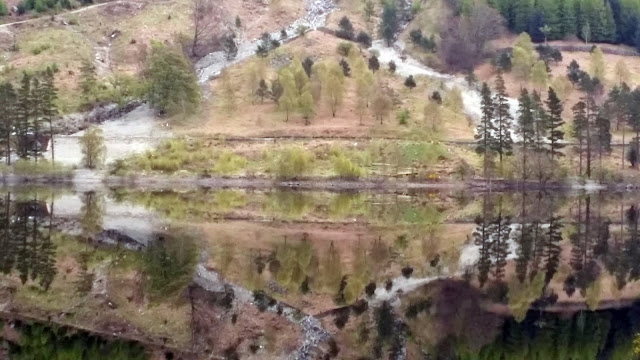 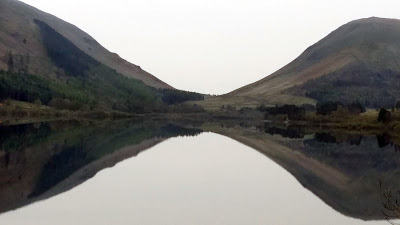 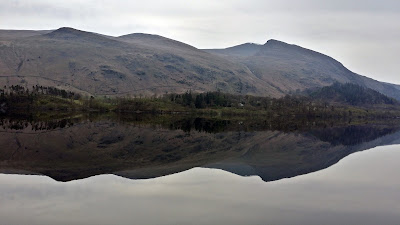 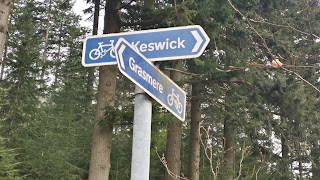 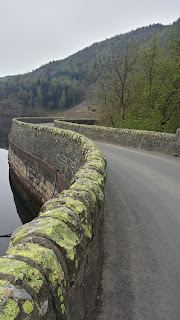 A walk around to Friar's Crag bench...oi where's the bench gone?!


Looking at the hot hazy fells, they didn't look snowy, maybe the photos I saw a day earlier where from last week, so as I was enjoying my bike ride I decided to stay on. Where to? How about over Honister pass! 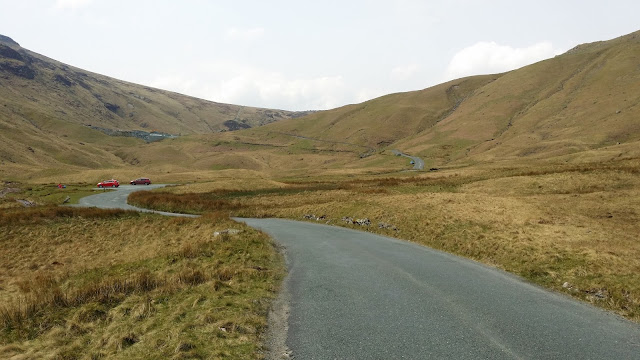 When I was younger before Honister reopened I hiked the lakes with my brother staying at all the youth hostels, it was wilder remote place back then, errie with rusting quarry machinery laying forgotten. Do the YHA still make you do chores? And I bet you don't have cards they rubber stamp, each with a different design to collect.

Now I see why cycling events choose to come up Honister from Buttermere and not go down it, it's steep! The heavy rucksack provided rear ballast to prevent bike'n'all tipping forward though it may have increased my downward speed.

Actually I didn't like the smell of burning disc brakes and the bike didn't appreciate it much. Deploy clumpy hiking boot foot brake! 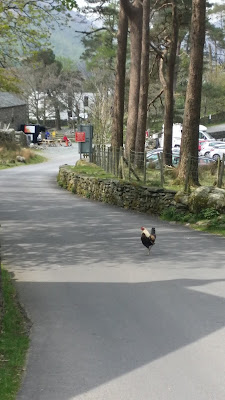 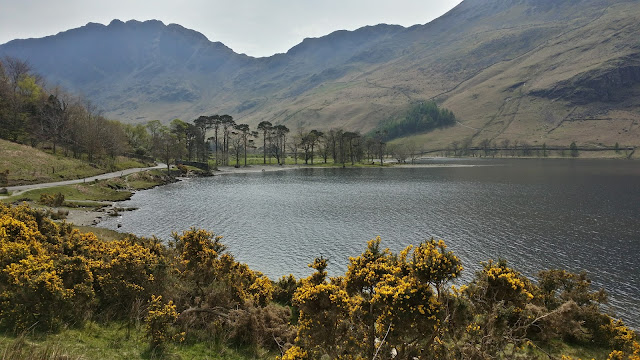 Ah I remember staying here, I remember having waffles with maple syrup and ice cream for breakfast!

I continued on to see the Rannerdale bluebells which are starting to come out. I see again there is a new path forming from the river right through up the main bank, Why? You are only ruining your own photos... 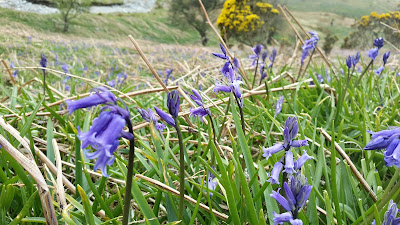 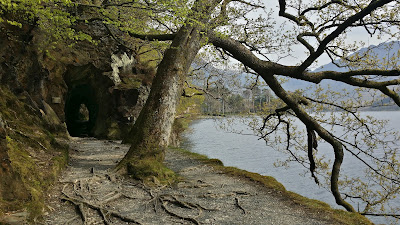 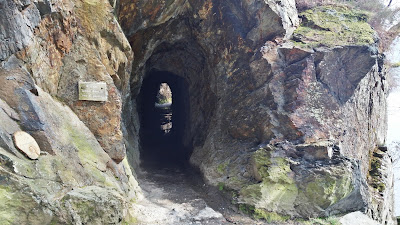 About 2000 race bikes will be coming over all the passes this sunday, the Fred Whitton Challange. I thought I did quite well considering I was on a mountain bike with chunky tires, the wrong attire, size 12 clunky hiking boots, big rucksack and partially stuck on brakes. 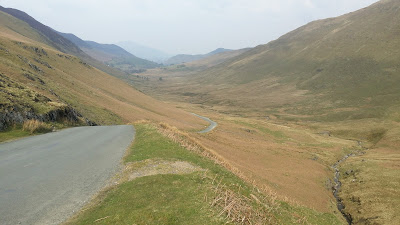 You know the last two cups of tea you've got in your flask? You know the ones I mean, the ones that you really need and would really hit the spot. Don't you just hate it when you knock them over...

As Newlands Pass drops down to Braithwaite, it was time for home, a dash through Keswick, passed by Keswick Boot Company, Oi you could have stopped to give me a lift up to nest brow ;-)

It would seem the message about the A591 being closed hadn't reached news to everyone or to sat navs as a couples satnav directed up to the gap then around and tried to go back down to the gap.

With A591 mostly quiet it was a pleasant whizz back through Thirlmere. 50 miles might have been more than planned but the fun is in the unplanned wandering. 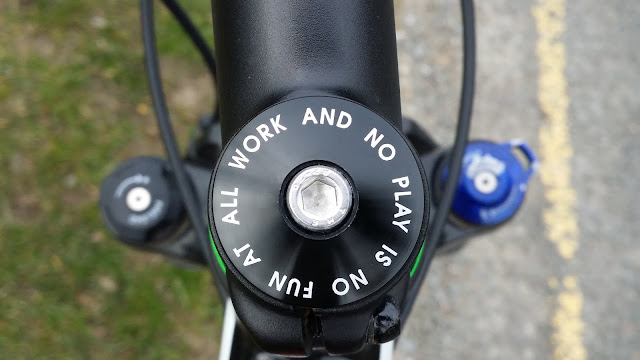